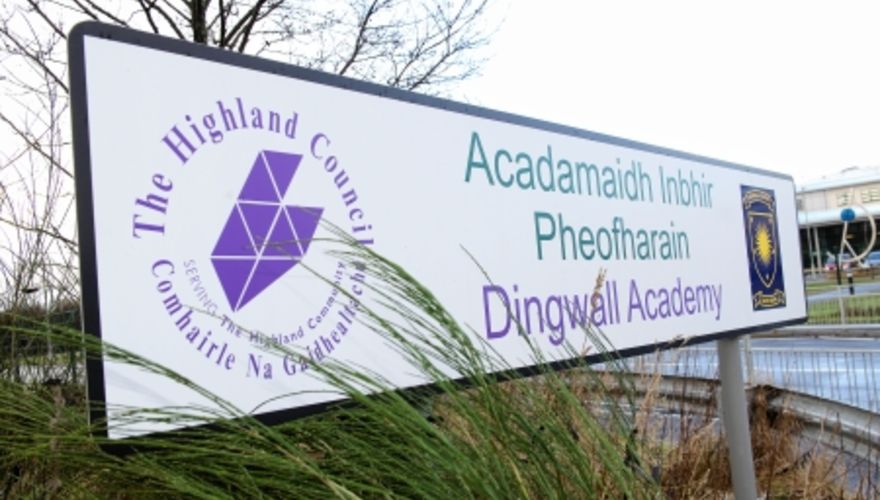 We'd like to show our appreciation to the Dingwall Academy school community who, in the year 2015/2016, have shown RASASH a great deal of support both in terms of adopting a community approach to tackling sexual violence and in raising fantastic sums of money.

It began with the Pupil Support department signing up to have a program of three Preventing Sexual Violence workshops delivered to every 4th year PSE class in the school. With 194 pupils in the year group, each participating in interactive workshops on 'Sexualisation', 'Consent' and 'Impacts and Support', the school had already made a good start in creating a school community that better understands the realities of sexual violence and how to respond to it.

The school also allowed us to speak during an S6 assembly about our young person's volunteering project 'Stand Up! RASASH', which resulting in a number of applications from enthusiastic pupils keen to become Young Ambassadors for RASASH. These five young people - Emma Durdle, Fiona Cameron, Chloe Gordon, Liam Lennox and Charlie Mack - went on to receive training on sexual violence prevention, to raise awareness of sexual violence issues in their communities and to even speak at the Scottish Parliament about the need for sexual violence education among young people.

It is largely thanks to these young people that Dingwall Academy has gone on to become a great fundraising supporter over the past year, allowing Ambassadors to serve teas and coffees during a school play and to hold a Christmas Jumper fundraising day in the name of RASASH. The school also selected RASASH as a chosen charity to donate funds from their Variety Show to, while the sixth years chose to donate the returned deposit from their senior social after-party to support RASASH. The combined total from all these fundraising activities has been a whopping £787.26.

As a result of this community engagement with RASASH, Ambassadors have reported that they feel the school community has an increased understanding of and a better response to sexual violence issues. In any community, there is always work still to be done in busting the myths around sexual violence, responding better to survivors and educating people about consent, but the work Dingwall Academy has done to help us tackle these issues this year means we are one step closer to the elimination of sexual violence in that community, and in the Highlands as a whole.

We are very grateful to Dingwall Academy - the school, the staff, the pupils, the Ambassadors - for all their support this year and look forward to continuing to work with them in the future.

Back to all articles

Want to join our team? check out our vacancies FIND OUT MORE HERE